Studying abroad was the best decision and experience of my entire 4 year career at UC Santa Barbara.

What types of classes did you take abroad and how did they compare to UCSB?

At the University of Melbourne, we were on a semester system which meant that we were required to take 4 classes to be considered a full time student. I took two lower division courses (Australia Now & Street Art) intended for exchange students which were very easy. I also took two upper division Sociology courses which were quite challenging, but very intellectually stimulating. Across the board, I found the semester schedule to be much more relaxed than our quarter system. However in my opinion, the instructors/TAs graded harder at Melbourne.

What was your favorite class abroad?

My favorite class abroad was titled “Law, Justice, and Social Change” (SOLS20001). Professor Nesam McMillan was an excellent instructor that challenged her students to think about how modern and progressive law reforms can be enacted to strive towards equality for everybody within our society.

How would you describe your host institution?

Are there student clubs/organizations that UC students can join?

There are plenty of student clubs/organizations that UC exchange students can join. I was apart of the Melbourne Mountaineering Club (MUMC) and the Melbourne University Study Abroad-Exchange Society (MUSEX). The Melbourne Mountaineering Club offered weekly, biweekly, and monthly camping or outdoor adventure trips that usually took place over the weekend. The Melbourne University Study Abroad-Exchange Society is an organization run by Australian UniMelb students specifically for study abroad/exchange students like those that will be studying with UCEAP. They hosted plenty of events that allowed you to have fun and meet other international study abroad/exchange students from across the world. 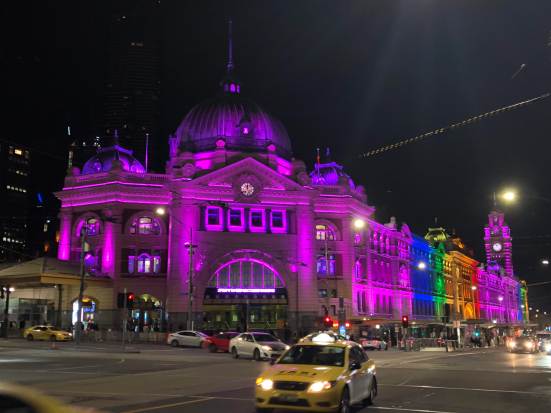 Housing is tricky in Melbourne because it’s a fast growing city that is very crowded. I have to admit that housing can be pretty expensive in Melbourne, especially if you want to live in a central location to the CBD (what the Aussies call the “downtown” area). I had friends live in the suburbs, rented a room in a shared house within the city limits, or leased with a student accommodation company. Although not the cheapest option, I decided to lease with the “Student Village Melbourne” company. I had a single studio apartment to myself and the company took care of everything from pots/pans to sheets/pillows for exchange students like myself.

Where did you eat most of your meals?

I cooked most of my meals in order to save money for going out with friends on the weekends or traveling. However, if you’re a super foodie, Melbourne has an exploding food scene with plenty of restaurants, gastropubs, and bars open late into the night.

How much was an average meal? Do you have any budgeting tips?

I believe an average meal was anywhere from $15-20 AUD, which translated to around $10-15 USD. There are plenty of cheap eats and happy hour deals to take advantage of within the city. One tip I have for future students is to try to cook at home as much as possible on weekdays in order to save money. Running out of funds to go out on the weekends or travel with friends is never fun!

Would it be difficult for vegetarians/vegans and others with strict dietary restrictions to find meals?

There are zero problems in Melbourne for somebody with strict dietary restrictions. Plenty of Melbourne restaurants are very health conscious and offer many different options. With such a diverse population, options range from Halal to gluten free to completely vegan. I actually went to a 100% vegan restaurant that allowed you to pay whatever you want after the meal was over and the food was delicious!

My most memorable dining experience abroad would have to be during the midway point of our epic RV road trip around New Zealand during our mid semester break. My friends and I were tired and hungry as we finally made it to Queenstown, the adventure capital of the world. We ate at a world famous burger joint called Fergburger that has received accolades from across the international food community. Believe it or not, the best part about the burger were the buns that had been freshly baked from their own bakery right next door. It was better than In-N-Out… and that’s coming from somebody that has been born and raised in SoCal.

What local food or drink do you miss most now that you are back?

What I miss the most from Australia and Melbourne is the coffee culture. The cups of coffee I had in Australia have been superior to any cup I’ve had in America so far. I love coffee and have traveled up and down the Pacific Northwest/West Coast in search for the best cup. Nothing has compared to the daily Aussie flat whites I would get on the way to class. 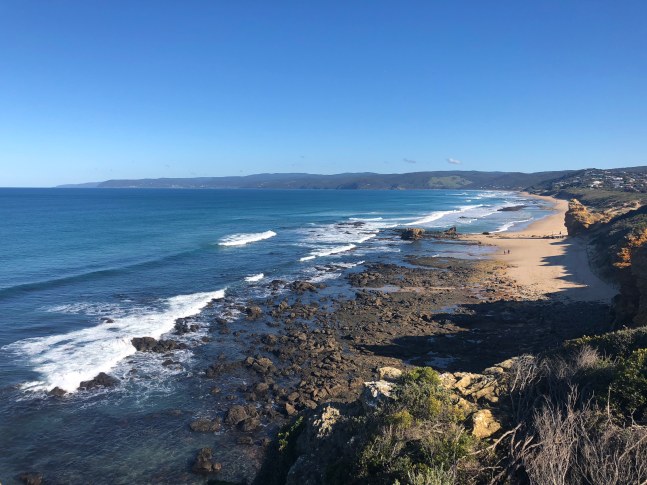 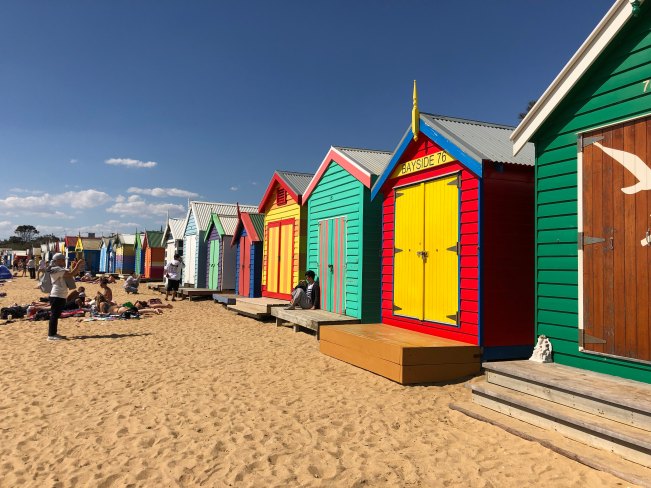 Melbourne is such a unique and modern city. In my opinion, it’s the best city for students out of all the big cities in Australia. It’s not as touristy as Sydney, but instead offers all the late night options for food and drinks. The population of the city is very young and lively.

Was it easy to get around?

It is extremely to get around Melbourne and its suburbs due to the excellent tram and train network. In the Melbourne CBD (Downtown), the tram zone is completely free to ride on. It’s probably some of the best public transport I’ve ever experienced and used. Students also get a major discount if they want to travel outside the free zones on tram or train fares.

Did you feel safe in your host city?

I never once felt threatened or scared in my host city!

What were some interesting/fun things that you did in your host city?

Melbourne is a melting pot of cultures so the bar/food scene was amazing. There is plenty of good food and drinks to be had. I remember one day my friends and I went on a long train trip to Philips Island in order to go to a wildlife park. There we were able to purchase admission and food on student pricing. We spent the entire day feeding kangaroos and emus. 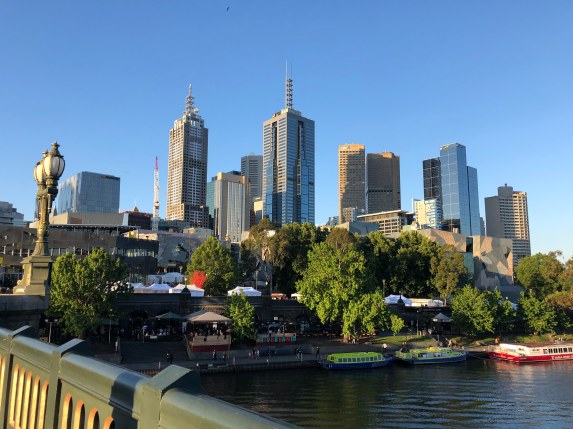 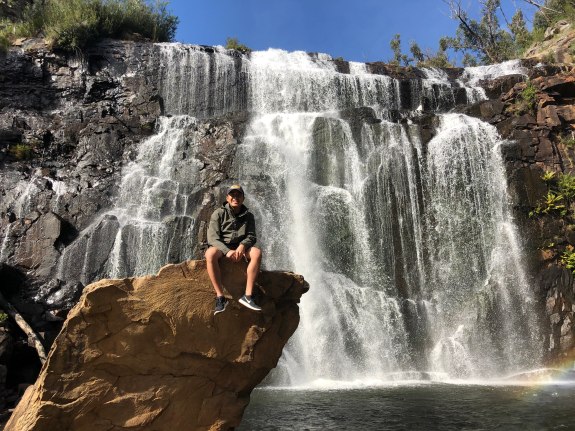 Describe any cultural differences you experienced while abroad.

Australia is very similar to the United States as they are both Western countries and share a lot of the same aspects. In a sense, I felt that Australia was California 2.0. Maybe the weather was more extreme at times, but for the most part, everybody was very modern, active, and laid back.

How did you handle culture shock?

There was no real culture shock for me. If anything, there was a culture shock coming back to the United States due to how fast paced things are back at home.

What is your favorite aspect of your host culture?

I really enjoyed the Australian way of enjoying life and prioritizing fun. People weren’t so busy with work and in such a rush to get someplace. More often, I saw Australians getting off work early and enjoying the sun with an afternoon/evening drink.

Tell us your favorite travel story from your time abroad.

My favorite travel story is when my friends and I road tripped around New Zealand in an RV during our mid semester break. New Zealand has always been one of the top destinations on my travel bucket list and to be able to experience it with friends was amazing. It was easily one of, if not THE, most beautiful places I’ve ever been to. 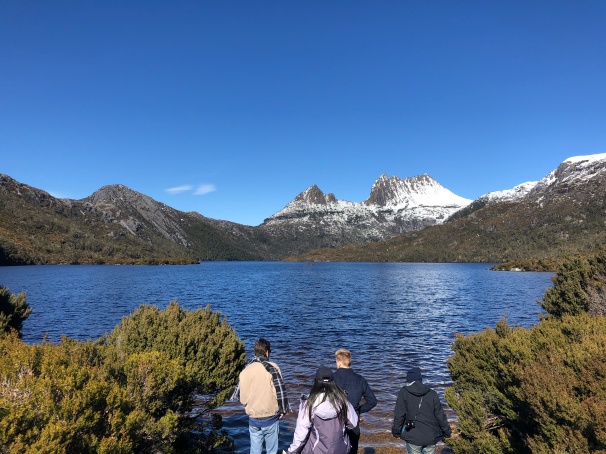 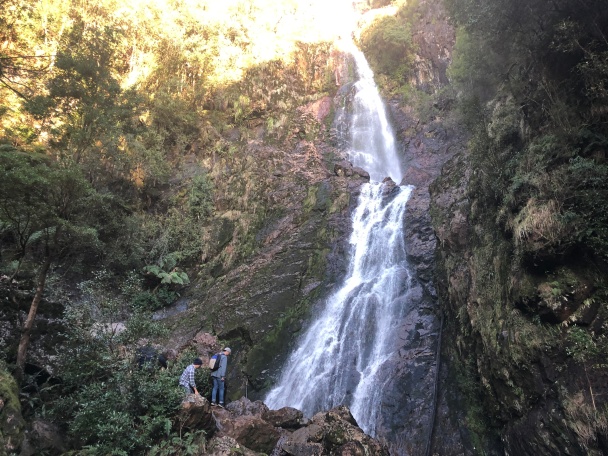 What was your biggest fear about studying abroad that turned out to be no big deal?

I was worried that I would run out of money for all the activities/travels that I wanted to accomplish. However, with proper planning and budgeting, it really is possible to make your money stretch and accomplish most, if not all, that you intended to. It’s important to plan early and meticulously. Not going to lie, there were many nights where my friends and I ate cup noodles or slept in the car… but the experience of it all is something I’ll never forget.

What was your biggest challenge abroad?

My biggest challenge abroad was finding a balance between school and traveling/having fun with friends. This is why I mention that it is very important to plan early and into the future. By knowing exactly when assignments are due, I was able to set aside plenty of time to book traveling days and reserve studying days.

How have you changed as a result of your time abroad?

I’ve definitely gained so much more international experience and exposure. Seeing how other people around the world live their lives makes me appreciate what I have at home a lot more. I’ve also met life long friends from my study abroad program and have so many memorable moments/stories to share for the rest of my life.

What is your advice to prospective UCSB EAP students?

My advice to prospectives is to plan early and save up as much as possible. Studying abroad is something everybody should experience during their time in college. It is so refreshing and memorable that it could easily be many returnees’ best decision of their college career. Planning early and saving up as much as possible ensures a smooth transition into an unforgettable experience. 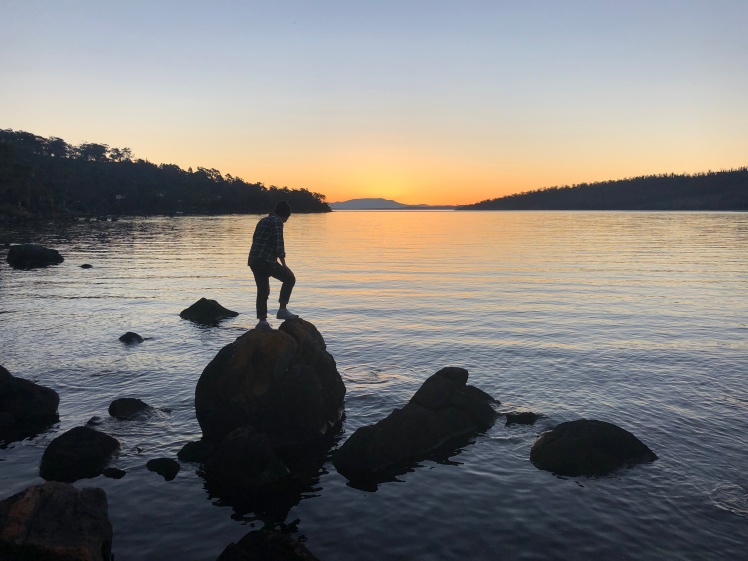 Search by country, program, or major